Today we are introducing you to Maurice, an Australian singer and songwriter, who’s lyrics are inspired by the beautiful Victorian landscape.

Maurice previously worked as a music teacher but with support from Richard, a Many Rivers business coach, Maurice was able to start his own small music business, Maurice Conway Productions, and do what he loves most for a living, singing and songwriting.

With over 30 years experience in the music education an performance industry, Maurice recently returned from a successful trip to Kentucky, USA where he was showcasing some of his new music.

“The biggest change has been a greater degree of self-belief and a strong belief in ultimately becoming successful – which is basically to be able to generate an income from what I love doing.”

I am in the music business. I’m a singer/songwriter and a music teacher and I have my own independent record label called Beulah Records, I’ve been a musician my whole life. Since I returned to the region five years ago, I’ve been writing songs about the Mallee region and they are available on Spotify and iTunes. Before the pandemic, in this region of Victoria, tourism has become more popular, and last year I was involved in entertaining people coming to camp at the lake and on the Mallee Silo Art Trail. My songs and music fit in with the environment.

I was living up here basically unemployed, and I signed up with the NEIS in Mildura. I am a music teacher and existed off that pretty much.

Together with Many Rivers

Richard helped me with things like business planning, cash flow forecasting and also just general psychological support. I’ve generally received regular and personalised contact from Richard. And the fact that we were closely associated, but not directly, in Melbourne – we knew people in common from the music scene  – that meant that he understood where I was coming from. Because Richard has been a musician and a DJ, he was motivated and he really believes I have something going. I’ve gained a lot from that.

The most useful thing has been the loan, but also the support from Richard specifically going over the financials with me has been good. I was doing it before with the NEIS organisation I was working with, but with Richard the figures were critical and accurate.

I actually got my first loan statement today and it is all looking good and I will end up paying it off early. It contributed to the tour and covered all my expenses while I was in the USA for 9 weeks. I had some left over when I returned and it has kept me afloat since I’ve been back.

Through the support from Many Rivers, the funded trip to the USA has been my biggest success. I worked towards getting to the USA and everything came together in the last few weeks. I got a really well-paid gig in Australia and that allowed me to purchase my ticket to the USA in January, even though I wasn’t going over there until November.

So I went over there and I performed at an arts council and when I got over there everything fell into place and it was the greatest eight weeks of my life! I was even offered a return airfare to perform at a private residence!

Before I went there, I wasn’t sure whether the people there would even be interested in the songs I’ve written about the Mallee, but they were very enthusiastic. I was in the newspaper and I did radio interviews. The people were so enthusiastic and I feel I have a bright future over there.

The virus has flattened me. I played two markets after I got back from the USA and I was high as a kite. It really has taken the wind out of my sales; tourism has really suffered and all the rest. Adapting to the virus has made everything difficult. So I’d say the biggest challenge is not being able to play. You end up thinking that you may never play again. It has affected me emotionally and I’ve realised now that the confidence I had when I got back from USA, I need to get it back. I need to start focusing on the music to make me feel alive again. 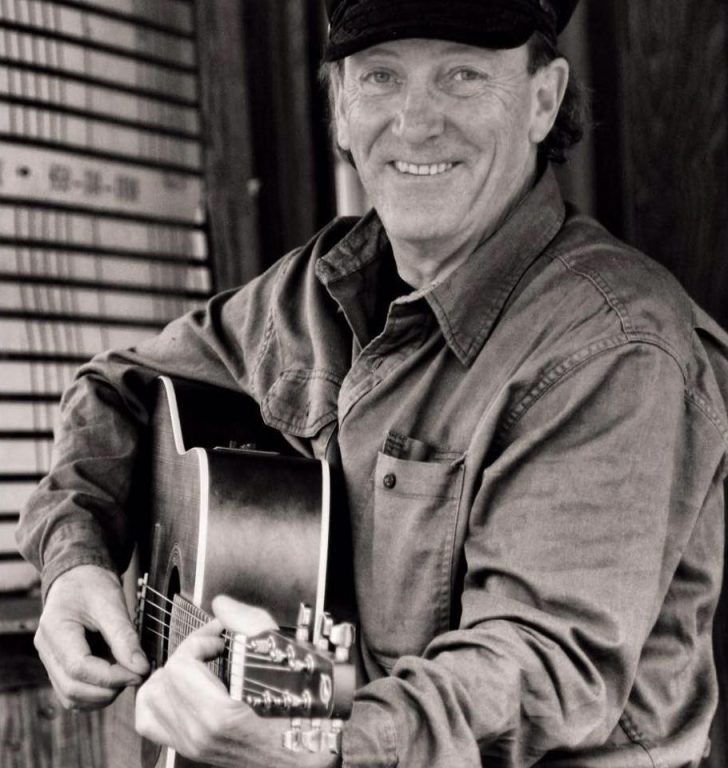 My main focus now has been production. I’ve been producing my own CD albums – even recording them on my phone and doing it on my computer, as I have skills in audio and digital production. I am about to record my first single in a top professional studio in Melbourne. I met the guy from there in a unique way and he is interested in what I do, so I’ll have two ARIA award winners who are going to help me on my new single. My aim in the future is to produce a really good album, and of course to generate an income doing what I love.

Thank Maurice for sharing our journey, we can’t wait to hear more of his music soon.  Make sure to check out Maurice Conway Productions here.

We love to encourage more people to take the first step towards kick starting their small businesses ideas.

If you have a business idea, please take the Small Business Self Assessment and see if we are right for you.

Six months ago, we chatted with Sandra from Active Care Nursing Agency in Mildura VIC, to hear about the first 18 months of her business…

Everything You Need to Know About Cashflow

We have put together a list of resources about everything you need to know to get started with cashflow.  Cashflow management is key to every…

This Power Tip will help you use your cashflow management skills to do scenario planning for your business, and to review investment opportunities. These skills are important as you plan and grow your business.

Understand the fixed and variable costs in your business, and the difference between marginal revenue and marginal costs.